Most legitimate racing organizations such as SCCA and NASA require drivers to have tow points on their vehicles in the event that someone goes off track and gets stuck or in the worst case scenario when something really bad happens and you need to be town off. Cars like BMWs are already fitted with tow points from the factory in both the front and the rear, BUT WE DON’T HAVE A BMW!

We had taken off the front and rear bumpers before so it was no uncharted territory for FJD Performance. All we needed was to get a hold of a good drill and some metal specific drill bits.

we got in our tow straps from Cipher Auto

Since we didnt have a universal bracket we created our own

A test fit before drilling into the frame

We started with pilot holes and then proceeded to drill the correct size. We utilize 2 holes on the front and one underneath for the front bash bar and in the rear one and one. After drilling we used paint to cover the exposed metal, and since our vehicle is originally from Chicago, IL we do have some rust in spots.

Since the bracket extends we had to cut into the bumpers. Don’t worry, we cried when we cut the OEM cobra bumper too. 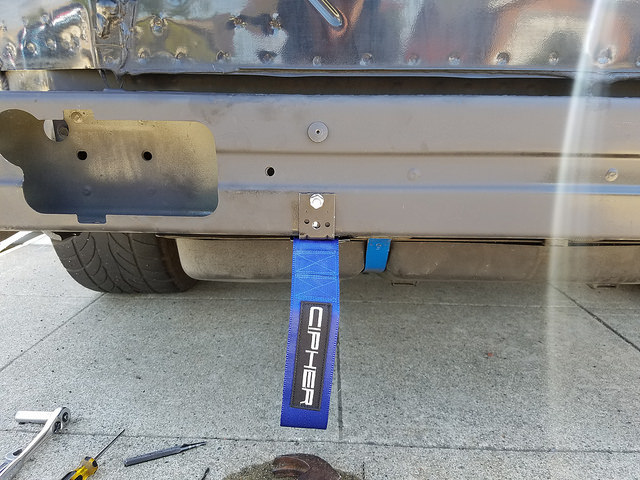 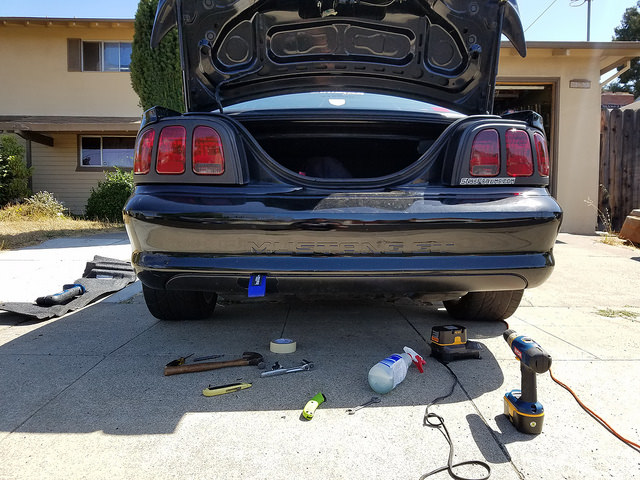 luckily the only real use the straps have gotten are when we park and are too far from something and dont want to turn on the car again to move forward or back.