Hey there Guys and Gals and welcome back to FJD Performance! This entire month of November has be one for the books, and one to remember (no pun intended). We found ourselves in a bit of a bind on the first due to an unexpected mechanical need for Elise, our E46 BMW Wagon; only to be later followed by some fuel related issues with the Mare, but we will talk about that in another write up.

Fresh out of October and Halloween Elise had some trouble with her cooling system which required immediate attention, and cause the hood of the car to get damaged among other bits. We knew that a cooling system overhaul was going to be happening, but we weren’t expecting to do it right then and there. We got the car towed back and started ripping into the car on Saturday. We also felt a bit of need to finish up our M Tech II ZHP bumper that we picked up for $50 a couple months ago. More on that later.

We paid – pun intended – a quick trip to Turner Motorsports’ website and picked up a full cooling system overhaul kit for about $500 consisting of: a new radiator, all the needed hoses, water pump, blue BMW coolant, coolant overflow tank, thermostat and housing and also picked up a new fan clutch and water pump pulley. Having worked on a 97 Audi A4, and watched many YouTube videos, we had an idea of what to expect when working on the car, so full destruction ahead!

The car was fairly easy to work on, and we actually had the majority of things done within the working day, but due to waiting on parts to arrive the full project lasted 2 weekends. All in all still not too bad; just very involved. In addition to the project we picked up some M Tech style fog lights for the bumper and a cover for the fog lights for us to route some ducts of our own to the new brakes Elise will be getting in the future. We painted, cleared, buffed, cut and polished the new bumper as well, but during this project, on top of the cooling project, was the very unfortunate fires here in the North Bay/Chico area of California, so air quality was very poor, and made for somewhat tough breathing in addition to the painting. 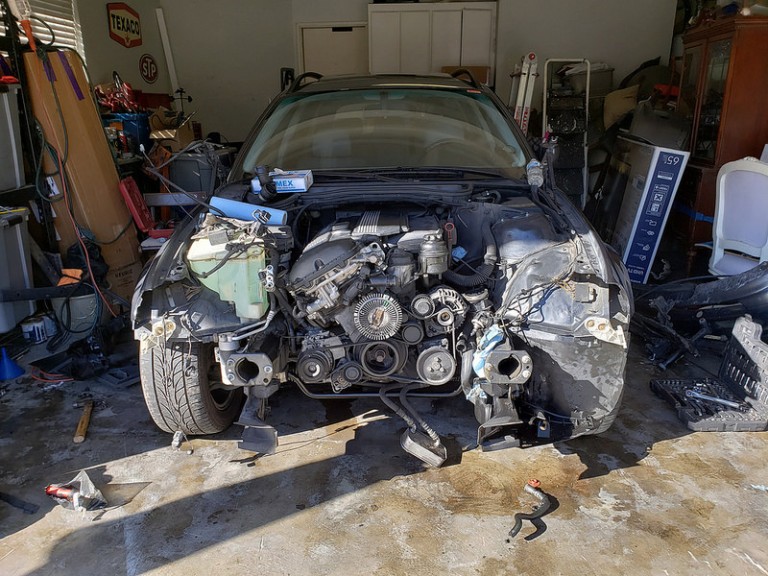 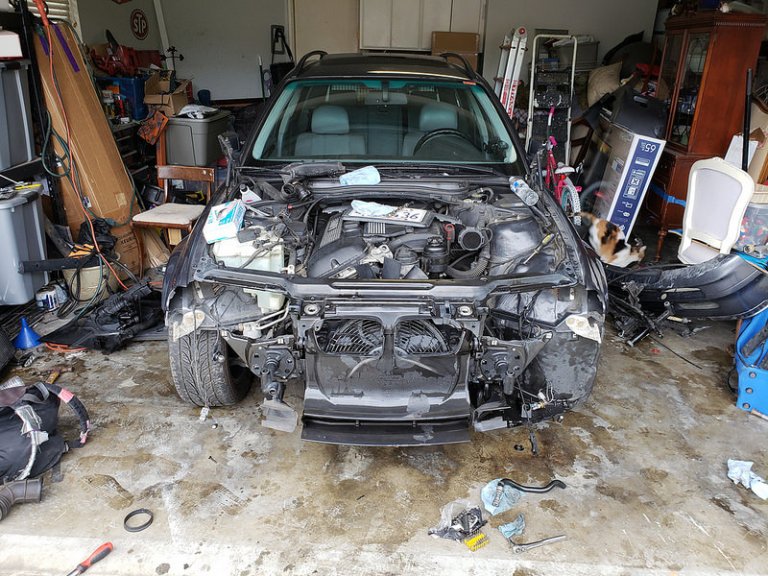 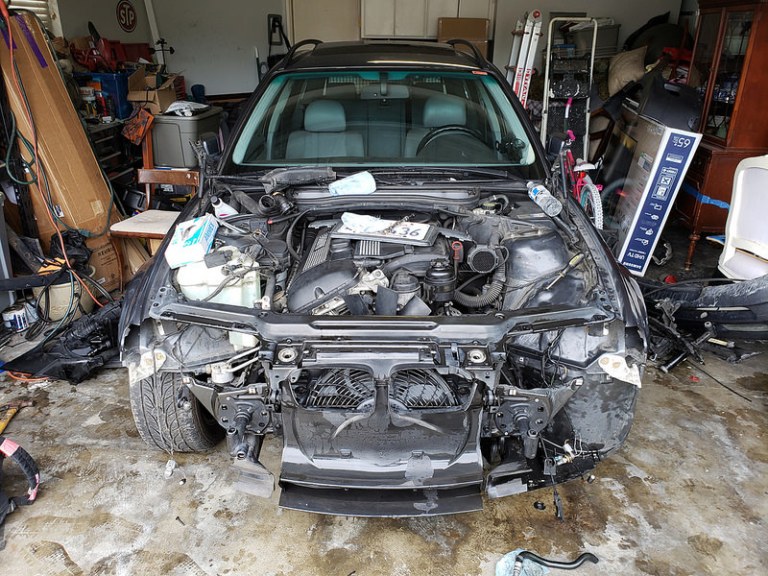 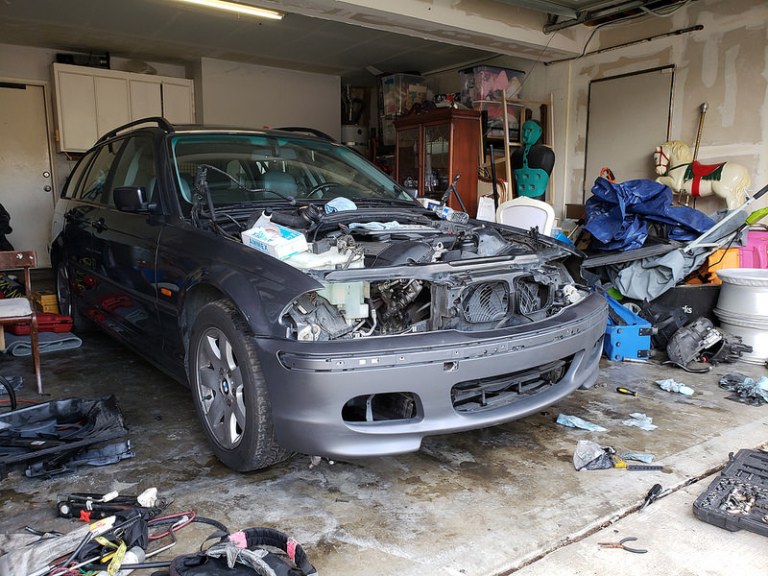 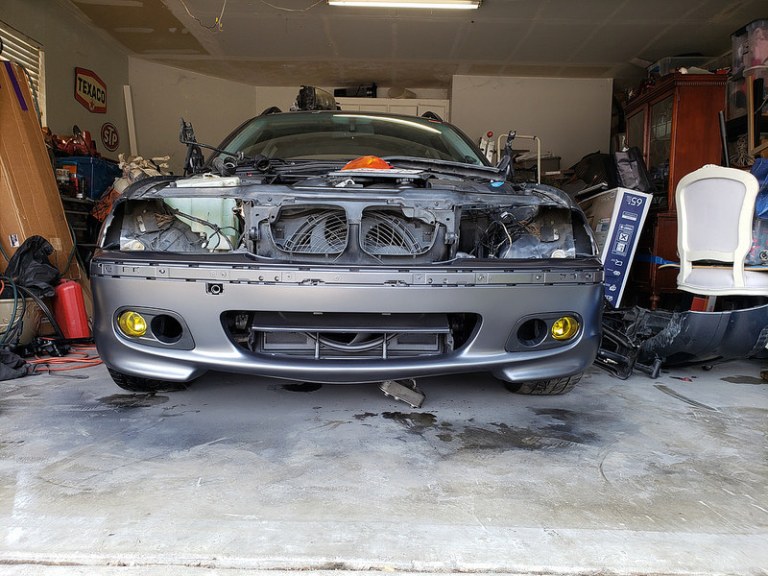 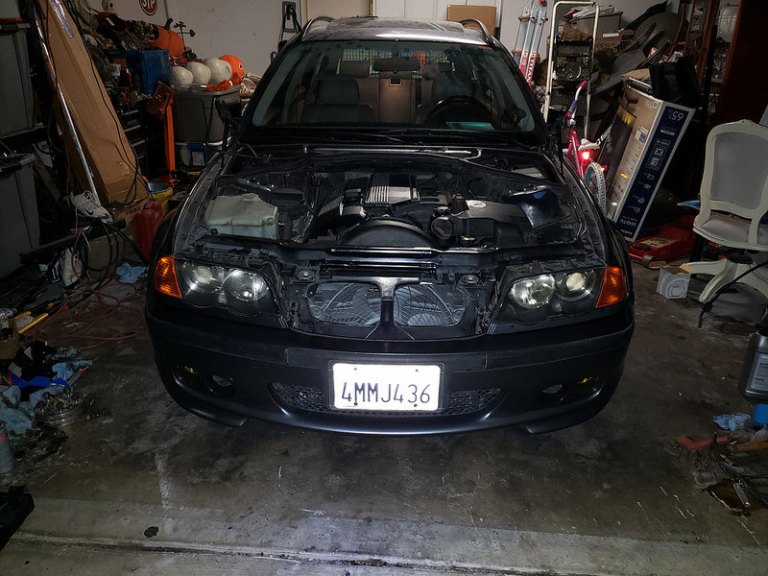 A very special thanks to FJD Performance CFO, Andrew Shultz, for all the time and help with this little project of ours! More will be happening with the wagon over the next few months as well, so keep your eyes on the look out.