Hey there Guys and Gals and welcome to one of the most exciting articles to be published on FJDPerformance.com for the rest of the year! That’s right, this is about the assembly of the Mare’s new power-plant; a naturally aspirated, 12:1 compression ratio, Aluminum WAP block powered 2V which is capable of producing 350* horsepower at the wheels. You may be thinking… “Why is there an asterisks, *, on 350?” Well folks, that’s because the engine has not been dyno’d and finally tuned for the Mare. The engine is expected to produce between 350/370 (really pushing) at the wheels (400/425hp @ crank), which is more power at the wheels than any 94-04 Mustang made from the factory, but that’s not saying much with the cars we have now-a-days.

The journey, and last push, to finally build this engine began last October when we took the Mare in to DeLeon Dyno in Santa Clara, CA and came back with 197.2RWHP and 267.6RWTQ on a Dynapack. We wanted to make respectable power, and to have a high revving engine that would be somewhat reliable on a racetrack for track days and the merge into W2W racing with NASA Nor Cal. Given that American Iron (AI) and American Iron Extreme (AIX) have restrictions on cars (9.5:1 HP & 9:1 TQ for AI)  we opted to have a power to weight ratio that would allow roughly 350RWHP and a 3000lb raceweight without driver, but once we move to AIX we won’t have that HP and TQ restriction to worry about.

We started the build by stumbling across a unused Saleen SMS 3V WAP block off craigslist from a former employee that used to build the SMS Saleen engines. The block had already undergone the normal machine work used to build the SMS engines with the stroker kits, but never made it to production since the company stopped making the SMS cars. Our seller thankfully decided to hold on to the block, and we later picked it up for a whopping $100. After we bought the block we went and got some Boss 302 forged piston rods from your friendly, not our neighborhood, Ford store for something like $23 a rod. After we got those parts we reached a little plateau and stopped buying things until we did the dyno day at DDP. About 2 months after our dyno day we sent the block and rods to our engine builder, and good friend, Will – who is known as Lwarrior1016 on the forums – to help with the build. Will gave us the following list of parts to buy in addition to parts that would make the install easy and finish up the front of the car:

And plenty of other little things that needed to be done. With this build we wanted to be as close to completion of the Mare and the front suspension as possible. We slowly started to acquire the parts and sent them to Will to work on. Starting with the Short block, then moving to the long block parts, then on to the engine paint, and now finally getting parts like the rack and k member all shipped and ready for the swap at the end of this June, so by the end of the trip we will be roughly 6 or 7k into the build. When we originally decided to get the engine built we estimated a 4-6 month time frame, and the engine was completely built within that 6 month window thanks to all the hard work and dedication from Will. He is the definition of a man’s man, an amazing human being, and a great friend. Thank you for serving our country, and serving FJD Performance brother. We wouldn’t be where we are today without you.

When Will first took possession of the block in mid December 2017 he refinished, oiled the cylinders and cleaned the block. 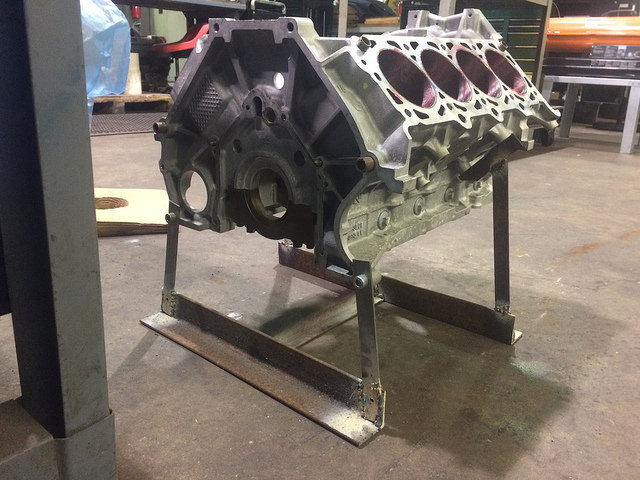 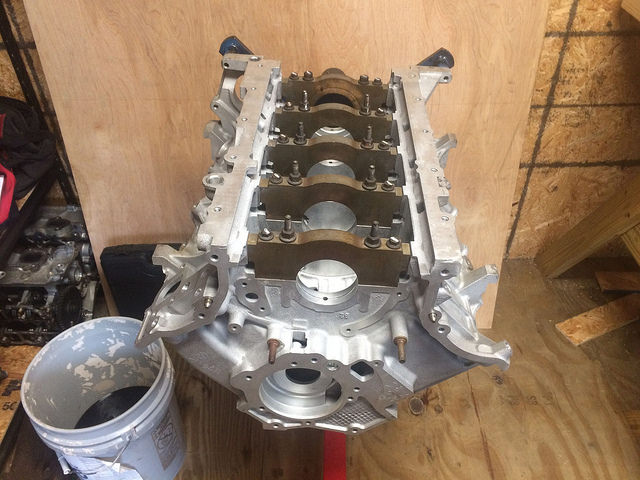 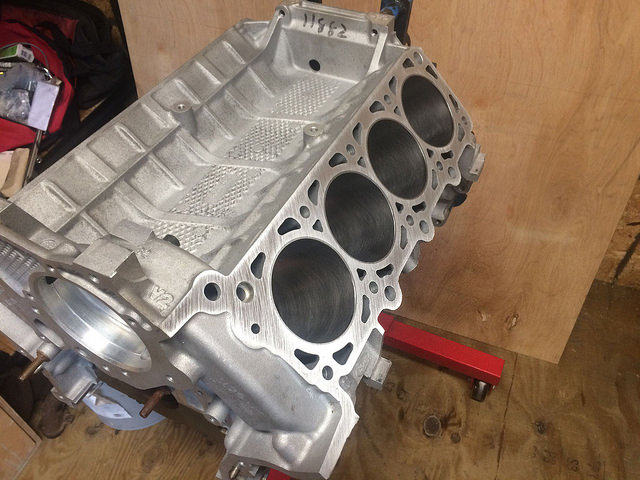 Will also got to work on our PI heads doing some porting and polishing. 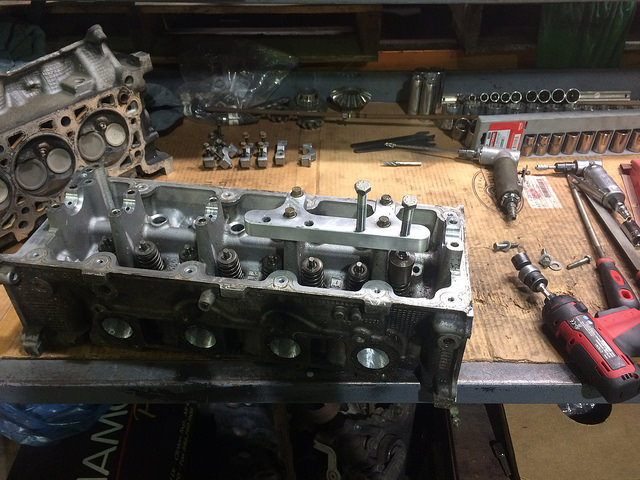 Will got to assembling the short block starting with assembling the pistons, rods, valves and doing valve reliefs. Installing the ARP studs and prepping the valves for the heads. 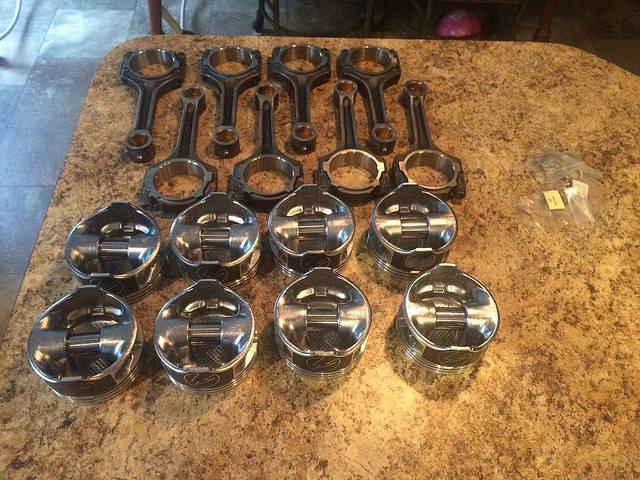 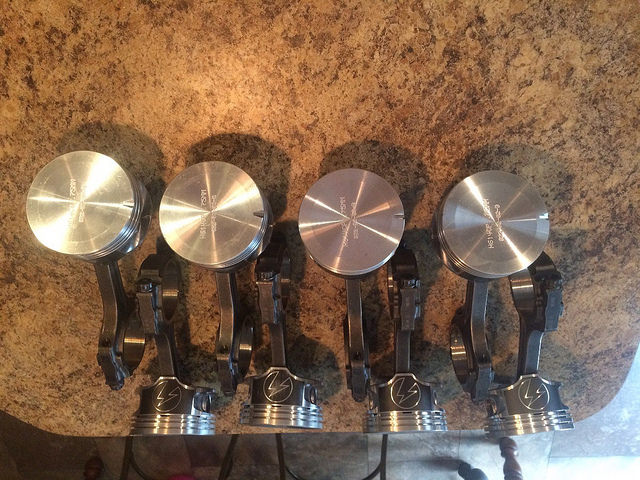 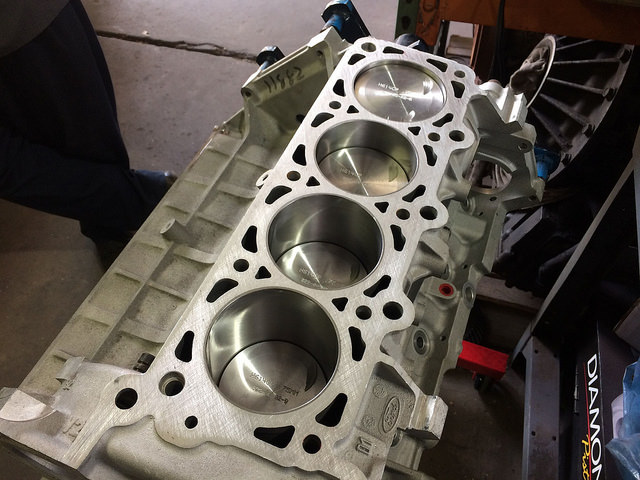 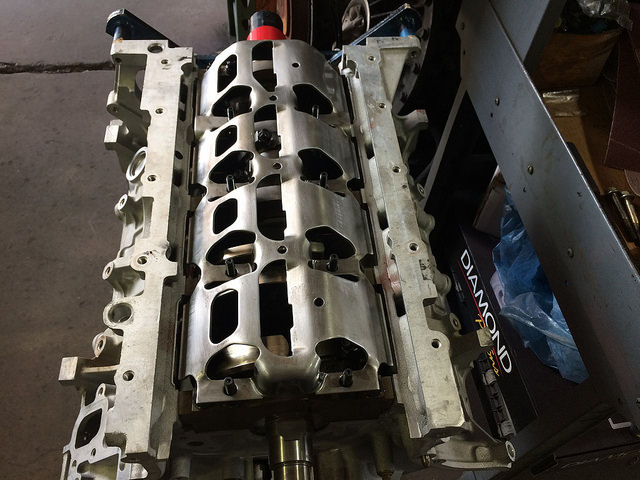 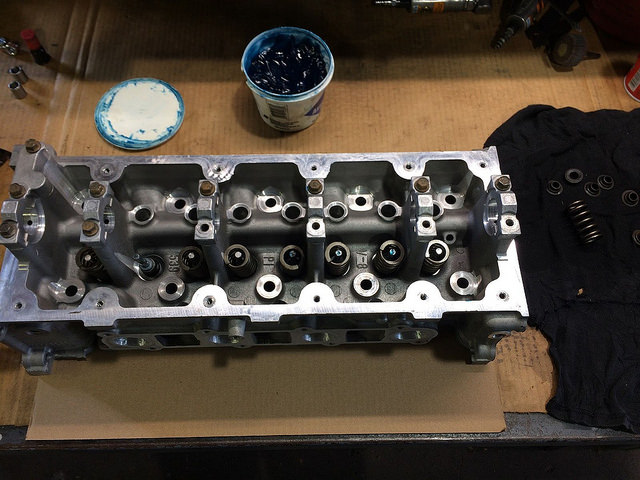 Since Will decided to take his own SN down a different path, we were lucky to get some parts off his previously built 13:1 N/A 2V which put out around 370RWHP.

Will was gracious enough to sell us his Victor Jr intake, GT500 oil pump, Stage 5 cams (and the set of PI heads), the 6061 plenum, ARH headers and a couple other bits.
Shortly after the long block was assembled we got the engine painted our personal favorite color. K7, also known as Bright Atlantic Blue. The engine received primer, paint, and clear like all cars do. 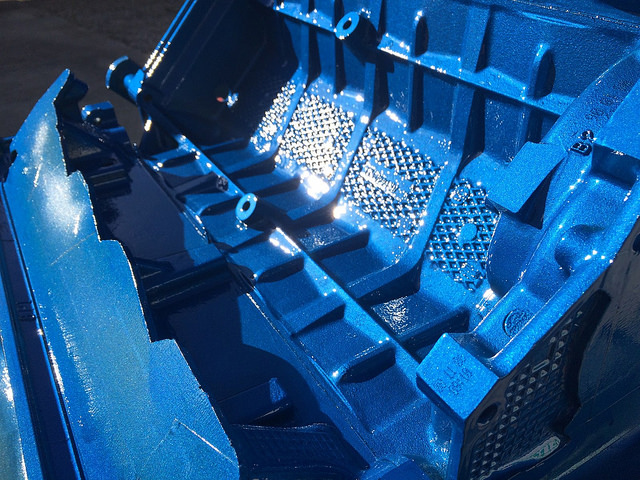 After the paint dried it was time to continue with assembly, disassembly, reassembly, more paint and on to final prep for install into Will’s Rio Red SN. 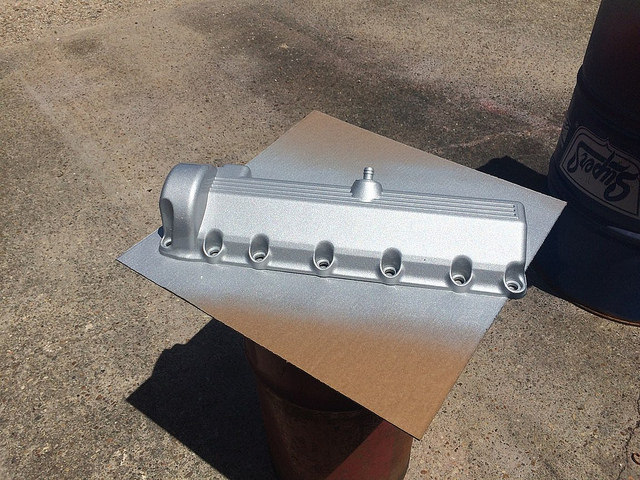 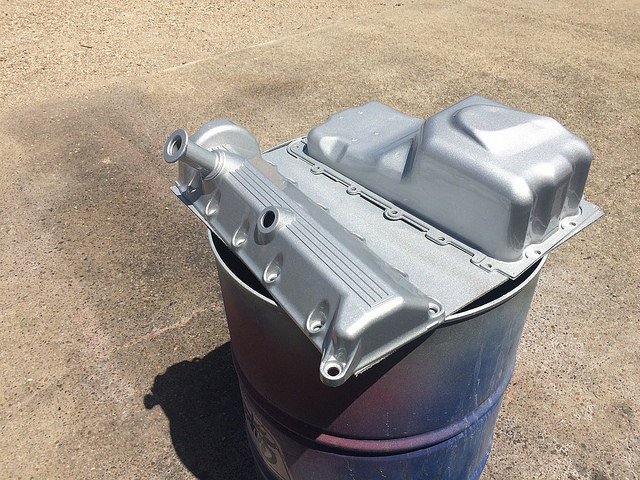 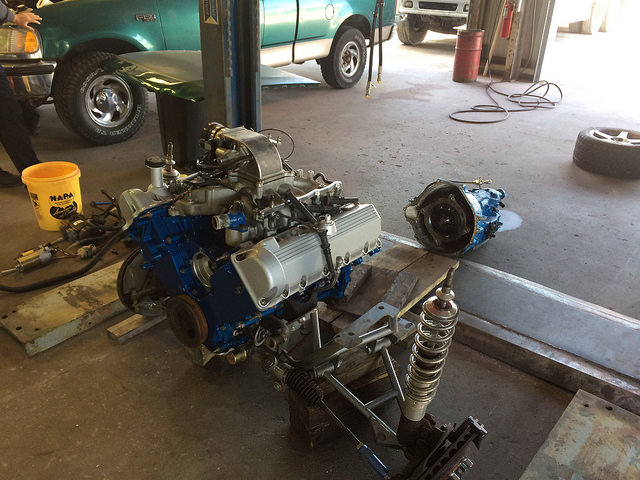 Unfortunately we couldn’t upload every picture due to the orientations of the pictures and wanting to keep everything aligned and visually friendly. If possible we will try to edit the missing pictures and reupload them. You can check out our posts and “engine build” story over at the official FJD Performance instagram account. As we sit currently the engine has about 1500 miles and is well broken in, so she will be ready for the install, dyno, tune and track abuse along with the 2400 mile adventure back to the California Bay Area.